Regional Office for Asia and the Pacific (ROAP)

no-bots@example.com
Visuals and Data (7 months ago)

Key Figures As of 12 October (DSWD)

▼ Below are some highlighted articles from the Philippines Situation Report ▼

In May 2017, conflict between security forces and armed insurgents in Marawi City in Lanao del Sur displaced at least 360,000 people. The Government of the Philippines led the provision of relief assistance with support also coming from local, national and international humanitarian agencies. The Philippines Humanitarian Country Team and its partners guided by the Government’s Task Force Bangon Marawi provided a coordinated response to the priority humanitarian, protection and early recovery needs of vulnerable people severely affected by the conflict.

While most people have now returned home, upwards of 73,000 may remain in temporary settlements around Marawi City for some years, according to Government estimates. Maintaining the necessary momentum of humanitarian assistance to people who remain displaced by the conflict, and their host communities, is the primary purpose of the strategy outlined in this document, as well as looking to complement the Government-led recovery and rehabilitation programme. In 2019, the Humanitarian Country Team will prioritize assistance to those still displaced in transitional shelters and camps and to support sustainable early recovery under the overall guidance and leadership of Government at the national, provincial and city levels.

The Autonomous Region of Muslim Mindanao (ARMM), has the highest number of people displaced by armed conflict, crime and violence in the Philippines. The majority of the displaced people are from the Marawi conflict. As of October 2018, 73,266 displaced persons are living in evacuation centres, homebased with relatives and in transitional shelter sites waiting to return home to rebuild their lives. However, their homes, businesses and livelihoods in the most affected area of the city were destroyed by the conflict and remnants of bombs and other unexploded ordnance remains a threat. The Government estimates that it will take 3 to 5 years to reconstruct this part of the city, comprising 24 Barangays.

Displaced women, children, elderly and other vulnerable people will continue to require sustained humanitarian assistance including protection in their current locations until they can return home or achieve a secure and sustainable future. In the coming months, the Government plans to relocate the occupants of the remaining evacuation centres to transitory sites in Marawi city with limited basic services. While plans to rebuild road and bridge infrastructure, rehabilitate institutions and economic infrastructure gains momentum, the provision of food, shelter, health, water & sanitation, education and protection services to meet the immediate needs of the displaced remains limited.

The Department of Social Welfare and Development estimates 230,250 people have so far returned to the 72 Barangays in Marawi City that were partially damaged by the conflict. This community also looks to the restoration of their businesses and livelihoods to meet their basic needs, including education and health requirements for their children. Rehabilitation of schools, water systems, health infrastructure and income-earning remains a challenge. The most vulnerable segment of the community –children under five, women, girls, and boys– require to be targeted with programmes and projects to assist them in recovery. Employment of youth in the productive sector, including agriculture, fisheries, and income generating business, as well as in peace-building and counter-extremism programmes is essential.

The Humanitarian Country Team works closely with the Government of the Philippines at the national and Mindanao level to support the priority humanitarian needs of people displaced and affected by the Marawi conflict. It is also coordinating with Regional, Provincial and Local Government agencies to identify opportunities to assist in early recovery efforts. As of October 2018, the food security and agriculture sector had identified a 69 percent food gap impacting the displaced people. Only 6 of the 15 Barangay health stations are functional and lack visiting doctors. Reproductive health and addressing genderbased violence and management remains a challenge. Inadequate clean water supply and sanitation – particularly the desludging of latrines and hygiene promotion – need to be maintained for the displaced people and returnees. Both transitional shelter and relocation sites require to be maintained, particularly those that are tented.

A protection assessment in August 2018, found that about 18,000 displaced people do not have identification card or birth registration documents, including Philippines Health Cards. Displaced people are also not receiving adequate information on their status or when they can return home. Regular and meaningful consultation with displaced communities and provision of information remains an important component of the return and recovery process.

Reaching the Most Remote

A 7.5 magnitude earthquake hit the Highlands Region of Papua New Guinea (PNG) in February, affecting an estimated 544,000 people in five provinces - Enga, Gulf, Hela, Southern Highlands and Western provinces, with Hela and Southern Highlands the most severely affected. Local infrastructure damage was significant, livelihoods were lost, and thousands of people were displaced. The UN, in support of the Government, and in coordination with the humanitarian community and private sector, launched a humanitarian response to meet the immediate needs of the most affected communities.

As thousands of people were displaced from their homes, there was an urgent need for food, shelter and sanitation. The UN reached the most remote, most hard-to-access areas and distributed fortified rice and high-energy biscuits among the worst affected communities in Hela, Western and Southern Highlands Provinces through helicopters.

In total, 91,157 people were provided with food assistance.

To reduce the risk of a disease outbreak, the UN has been supporting a mass vaccination campaign in the affected areas. The earthquake worsened the risk of malnourishment among young children. To combat the spread of disease and prevent malnutrition, 34,905 children have received vaccines and nutrition supplements.

To ensure the provision of essential health services, 77 health facilities that are restored to function. 1800 dignity, reproductive health and other supplies are distributed.

On 28 September, a series of strong earthquakes struck central Sulawesi province, the strongest a 7.4 M earthquake only 10 km deep and with its epicentre close to the provincial capital, Palu. The earthquake triggered a tsunami whose waves reached up to three metres in some areas, striking Talise beach in Palu and Donggala. The earthquakes, tsunami and resulting liquefaction and landslides have caused significant damage and loss of life in affected areas.

Buildings, including houses, shops, mosques and hotels, have collapsed, been swept away, or suffered extensive damage. Whole villages were submerged when the land they were built upon liquified. The people most in need of urgent support are those whose homes have been destroyed by the tsunami and landslides, or whose homes have been severely damaged by the earthquake. 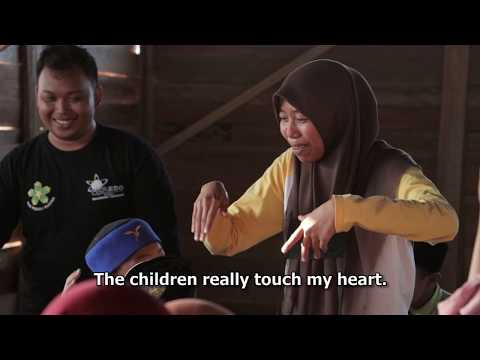 Why a Regional Focus Model?

A key challenge faced by humanitarian agencies is how to ensure that limited available resources are allocated where they are most needed and are efficiently delivered in a principled manner. Decisions to allocate resources must strike a balance between meeting the immediate needs of crisis affected communities and supporting efforts to strengthen resilience and response preparedness to future emergencies.

To support humanitarian partners address some of these challenges, the OCHA Regional Office for Asia and the Pacific (ROAP) produces the Regional Focus Model (RFM). Similar to previous analyses in 2017 and 2018, the model is based on INFORM (www.inform-index.org), a global risk index that identifies and analyzes where crises requiring international assistance may occur. It can be used to support decisions about disaster risk reduction, emergency preparedness and response.

The model identifies hazard-prone countries that combine high vulnerability and low capacity to respond, and are therefore more likely to request and accept support from the international community. The model also includes a "Humanitarian" component, reflecting issues more directly related to OCHA's coordination work. This humanitarian component is combined with INFORM to produce a Focus score. The model should be a practical tool to inform and guide disaster managers, by providing an evidence base on which to base discussions and prioritization.

In 2019, the RFM covers analysis of 38 countries in the Asia-Pacific region under ROAP in Bangkok, Thailand and the Office of the Pacific (OP) in Suva, Fiji.

Who is doing What Where (3W) Interactive