Hostilities across Yemen continue to exact a high civilian toll, although fewer casualties were reported in the first three months of 2019 than in the same period in 2018 .“Violence rages still,” Mr. Lowcock told the Security Council on 15 May. “In the first quarter of the year, more than 900 civilian casualties were reported. And it is a sobering fact of the war in Yemen…that civilians are more likely to die in their own homes than anywhere else, as a result of the war.”

On 16 May, multiple air strikes hit various locations in Amanat Al Asimah and Sana’a governorates, killing children and wounding more than 70 civilians including foreign health workers and a refugee. In a statement, Ms. Grande, Humanitarian Coordinator for Yemen said: “This terrible incident is a tragic reminder of all the reasons this war must stop.”

The Protection Cluster reported 52 civilian casualties in Al Dhale’e Governorate between 9 and 15 May. This figure included seven civilians, six of whom were children, who were killed in a strike on houses in Shalil area on 11 May. During the reporting period, a surge in civilian casualties was reported in Sa’ada and Al Jawf governorates. In Majz District, Sa’ada Governorate, an airstrike hit a vehicle, killing six civilians and injuring one other. Majz has seen a share of casualties owing to its proximity to areas of active hostilities. In Al Ghayl District, shellfire hit a vehicle killing two civilians.

In Hajjah Governorate, the Protection Cluster reported confrontations in Hayran District and airstrikes and bombing in Abs. The casualty rate across the Al Hudaydah Hub remained high, with 19 civilian casualties reported between 9 and 15 May, including four in Hajjah. Heavy weapons were used in Al Hali District while strikes intensified in Ad Durayhimi District. Hostilities were also reported Al Jabaliyah area in At Tuhayta District. One child was killed in Al Hali and another injured. In Taizz Governorate, , 12 civilian casualties were reported between 9 and 15 May. According to the Civilian Impact Monitoring Project, in the year to date, an average 17 civilian casualties have been reported each week.

Joint statement by the Special Envoy of the Secretary-General for Yemen and the Resident and Humanitarian Coordinator for Yemen, 1 September 2019

Sana’a, 1 September 2019 – On 1 September, air strikes hit a former community college compound on the northern outskirts of Dhamar City. According to sources on the ground, as many as 170 prisoners were being held in a detention facility within the compound.

Initial reports from health officials indicate that at least 60 people have been killed and 50 injured. The Yemen UN Office of the High Commissioner for Human Rights has confirmed that 52 detainees are among the dead. At least 68 detainees are still missing. Casualties are most likely to increase as rescue efforts are still on going.

“Today’s event is a tragedy. The human cost of this war is unbearable. We need it to stop. Yemenis deserve a peaceful future. Today’s tragedy reminds us that Yemen cannot wait. I hope the Coalition will launch an enquiry into this incident. Accountability needs to prevail.” said Martin Griffiths, Special Envoy of the Secretary-General for Yemen.

“This is a horrific incident,” said Ms. Lise Grande, Humanitarian Coordinator in Yemen. “The scale of the casualties is staggering. We send our deepest condolences to families that are today grieving for their loved ones.” First responders have been struggling to reach the scene due to repeated strikes on the site. Survivors are believed to remain trapped under rubble and the search for further casualties continues.

The 2019 Yemen Humanitarian Response Plan (YHRP) requires US$4.2 billion to assist more than 20 million Yemenis including 10 million people who rely entirely on humanitarian assistance to meet their basic needs every month. As of today, the YHRP is 34 per cent funded. At the High-Level Pledging Event for the Humanitarian Crisis in Yemen convened by the UN Secretary -General in February 2019, the United Nations and humanitarian partners were promised $2.6 billion to meet the urgent needs. To date, less than half of this amount has been received. Humanitarian agencies are appealing to donors to provide funds as quickly as possible.

Cluster partners are planning to expand operations to target 12 million people per month – an increase of 43 per cent. This will include 10 million severely food-insecure people and 2 million IDPs in acute need who require unconditional in kind food, cash or voucher transfers.

In addition, livelihoods assets have nearly collapsed, and negative coping behaviours are becoming more common. This requires support through agricultural, livestock, and fishery supplies, and kick-starting and resuscitating non-agricultural livelihoods. Affected households need longer term livelihoods support to increase assets and incomes while community rehabilitation and resilience activities are needed in some areas.

To measure first line impact, partners will particularly track the percentage increase in the number of targeted households with a Food Consumption Score (FCS) greater than 42 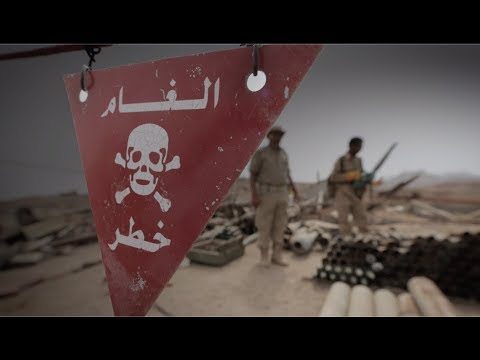